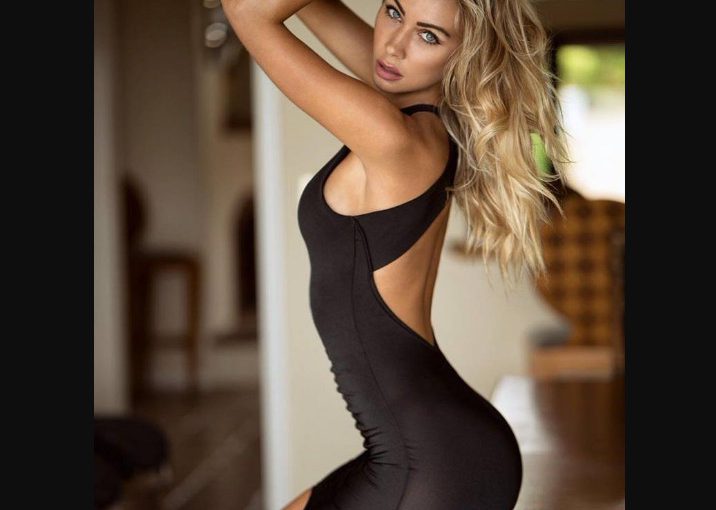 I thought it would be interesting to give you a different point of view this time… to take you behind the scenes and show you what it’s like for a woman when she’s looking for a man.

Spotlight
The Key To Success With Women Is Inside YOU

Newsflash: The secret reason that some men get more women than they can possibly handle is something that YOU already possess.

That’s right… the secret of succeeding with women is something that’s already inside of you (and inside every man reading this right now). In fact, every man is BORN with it.

The ONLY difference between you and guys who GET WOMEN is that you haven’t developed the skills necessary to unlock your “secret man powers” yet. Go here to learn how to do it:

On Being A Man…

To start with, I have something important to tell you. It’s simply this:

Your Suspicions Are CORRECT: Women Really ARE Crazy
I know, profound. You can write me later and tell me how this new revelation has changed your life. But please calm down, collect yourself, and let me explain.

Why do I say that women are crazy? Well, because they are.

But seriously… it’s because women do something that seems crazy (especially if you’re a man).

Women like to say one thing, but when the time comes around to actually act, they do something totally different.

I could go into an essay on why this is, but for the purposes of this discussion, the most important reason has to do with emotions.

Women tend to say what they think when they’re asked a question. But they tend to act on their emotions when an actual situation presents itself.

Here’s an example: You meet a woman, and get her number. You call her up. She agrees to meet you the next day for a cup of coffee. The next day comes around, and she doesn’t show up. You call her. Something came up, and she just couldn’t make it.

Ever been there? What happened? And doesn’t it annoy you that women always seem to do this? Me too…

When A Woman Loses Interest In You, It’s YOUR Fault… Not Hers
Of course, if you’re a man, you hear something like this and say, “She lied. She said she would be there, and she didn’t show up. She’s a liar.” Or you say, “Women who do this lack integrity.” Or even, “Women are so flaky.”

And, of course, all of these are true.

Women Aren’t Going To Change How They Act, So YOU Have To
Guys are basically left with two main options in a situation like this one:

Keep banging our heads against the wall and expecting women to change, and start showing up when they say they will.
Learn how to make women feel like they want to actually show up for the meeting, so when they wake up the next day, they show up.
Get it? Good. Now let’s talk about the real topic of this newsletter…

What Women Look For In A Man
Of course, in my usual style, I’m going to put an interesting twist on this concept. I’m going to argue that women will say that they look for one thing, but they actually respond to something completely different.

All guys know that women seem to be naturally attracted to things like fame, wealth, Brad-Pitt- handsomeness, height, etc. But I’ve now realized something that is actually pretty profound when you really get it.

I now believe that women don’t know what they are actually responding to.

In other words, these things like money and fame trigger EMOTIONS inside of women. And if you’re not rich or famous or naturally handsome, you can get the same kinds of responses from women if you learn how to trigger the same emotions.

So, in the end, what women are really looking for is a man who triggers their attraction.

Naturally, a woman will never SAY this to you. If you ask a woman what she’s looking for, she’ll say “I’m looking for a nice, honest guy who is successful and cute.” But if she actually meets this guy, and he just happens to be a wussy who acts needy and clingy, then she’s not going to be into him.

In this case, she won’t respond to the guy that she’s looking for by being attracted to him. And it won’t work out.

On the other hand, if this same woman meets a guy who isn’t what she thinks that she’s looking for, but he triggers her attraction emotion, then it’s all over. It doesn’t matter if he’s rich or handsome, because he’s done something that trumps these things.

It has taken me a long time to actually get to the point where I believe this at a deep level and the reason I believe it is this:

I’ve Never Been The Type Of Guy That Women Approach
That means I have friends that are tall and handsome… and when we go out, women start conversations with them. And before I learned what I know now, women never felt that powerful, gut level attraction for me that they do for my taller, handsome friends.

But now, now that I know how to use my BODY LANGUAGE and other communication to trigger the emotions in a woman, it’s completely different.

I get responses from women that I actually considered impossible before.

And it’s not because I grew 5 inches or became more handsome. It’s because I KNOW SOMETHING that most guys just don’t know.

As you’ve read in these newsletters, there are certain techniques, like being Cocky & Funny, teasing women, never acting like a Wussy, etc. that will help you be successful as well.

Use them. Use what you learn. Don’t let anyone tell you any different.

And, if you’re reading this right now, and you’re saying to yourself, “Ok, it’s time that I stopped wasting time screwing around, and I got my butt in gear and learned how to meet women,” then you need to do yourself a huge favor.

You see, it took me about five years to find, test, and develop the concepts that I teach in this program… and I guarantee that it will forever change the way you view the topic of women and dating.

More importantly, it will help you walk out your front door, and meet more attractive women starting immediately.

And I’m not kidding. When you get it, you’ll be stunned. You’ll probably lock yourself in your house for three days and listen to the whole thing.

But when you finally unlock your door, and walk back out into the world, your interactions with women will be VERY different.

I think I’ve said enough. Go read all about it here:

And if you haven’t downloaded your copy of my original eBook Double Your Dating, then you need to do that immediately. It’s the introduction to all of my concepts, and it’s the perfect primer to get you ready for my Advanced Dating Techniques program. Details are right here.

I’ll talk to you again soon.

P.S. The #1 problem men face when it comes to “closing the deal” with a woman is that they have no clue about the one simple thing they MUST do to make it happen.

Learn how to do this one thing, and high-quality women will practically BEG YOU to bring them home. Click here to learn what it is.