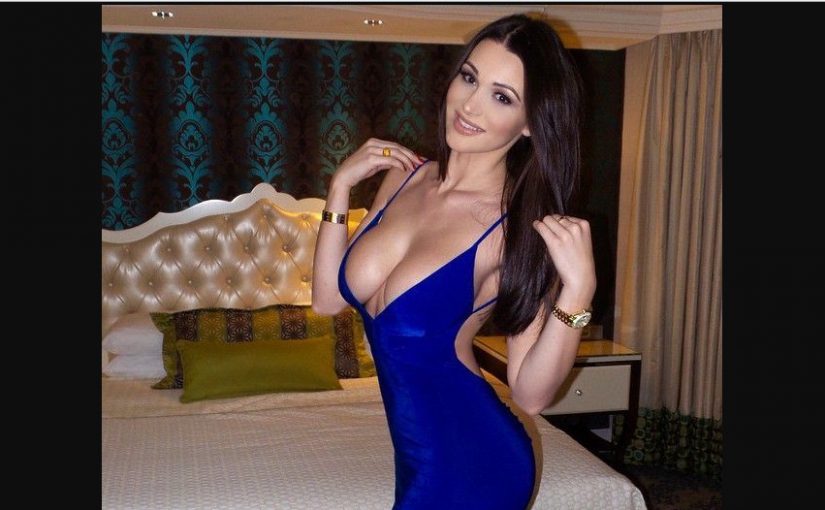 Body language may be the most important way we communicate – at least when it comes to dating and sex.

The trouble is, most men aren’t sure exactly how to read a woman’s body language or how to project the right message using their own body language.

This cohesive guide will help you learn everything you’ve ever questioned about body language, making you the master of every woman you desire.

When it comes to communication, body language is king.

In fact, over half of what you communicate to other women is not in what you say…but what you do.

And likewise, most of what women communicate to you is through their actions.

But a recent study revealed that most men chronically underestimate how often women want sex — and a lot of this has to do with your ability to read body language.

Most women won’t just come out and say, “I want you to take me home right now!”

But what they will do is effectively “say” it with their bodies. You just have to know what to look for.

Don’t be the guy who thinks, “She just wants to be friends…”

When in reality she wants so much more…

And just like any other language, it’s not something you innately know — you have to learn it.

Another interesting tidbit: The men in the study were also more likely to confuse sadness with rejection.

Your brain might be hardwired to want sex, but it’s not hardwired to recognize when a woman does and doesn’t want it.

This vast difference in ability to accurately interpret body language has been dubbed the “Lost in Translation” phenomenon, but you don’t have to feel “lost” anymore.

So next time you’re about to “go for it,” look for these three signs first:

1) She mirrors your actions.
Inside your brain are what’s called “mirror neurons.” These neurons help you realize and express empathy (it’s why you cringe when you see someone slam their hand in a door or physically feel pain when you see a friend get kicked in the groin).

These neurons also fire when a woman is flirting with you.

To see if she’s really interested, try switching up your body language and see if she does the same.

Tilt your head to the right…

If she tilts with you, there’s a good chance she’s into you!

A woman who mirrors your body language is connecting with you on a subconscious level, and this is a huge sign that she wants to connect with you on a physical level as well.

2) Her feet are pointed toward yours.
Next time you’re standing somewhere and see a woman you like across the room, take a second and glance down at your feet.

You might notice that they’re pointed toward that woman — that’s not an accident.

Think about how you use your feet. Generally speaking, without thinking, your feet are pointed in the direction you’re walking or are about to go.

When a woman points her feet toward yours, it means she wants to walk toward you!

Even if you spy a woman from across the room stuck in a conversation, if her feet have been pointing toward you all night…

There’s a good chance she wants you to approach her.

3) She’s leaning in and staying focused on you.
Here are two dates to choose from:

Date A: You’re seated across from a woman at a restaurant. She’s looking down at the menu and is leaning back. Her eyes dart from table to table, and you can’t really get a read on her.

Date B: You’re seated across from a woman at a restaurant. She’s got her elbows on the table and is leaning across to talk to you. She barely stops talking to you to look down at the menu, and even then she’s leaning forward and isn’t looking away from the table.

Which woman do you want to be out with?

A woman who’s interested in you — AKA the woman on Date B — will naturally want to come closer to you. At a restaurant, this might mean leaning across the booth and maintaining eye contact.

Does She Like You? If She Does This With Her Body the Answer Is YES…

At a bar, this could mean “accidentally” grazing your arm with her arm or touching your leg with hers.