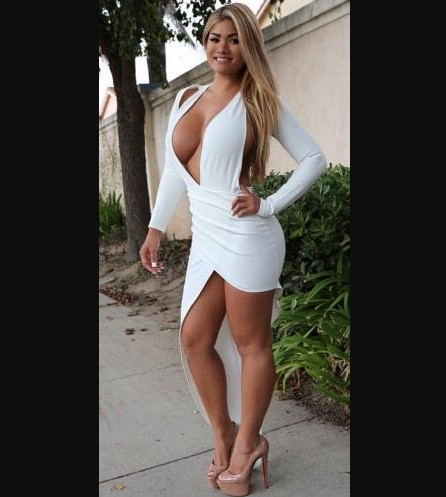 Tons of young men have a fantasy of being with an older woman.

But there’s just as many girls (if not more) who want to experience what it’s like to be with an older man.

Problem is, most older guys don’t have a clue how to make this go down – leaving it an unfulfilled fantasy for most young women.

One of the biggest mistakes I see older guys make… is putting a younger woman on a pedestal.

They’re so enamored with her youth and beauty, they treat her like her value is through the roof.

But this is a huge turn-off for young women.

Part of the appeal of an older man is that he’s experienced, accomplished and independent.

So if he bends over backwards trying to please some girl half his age who he barely knows… he communicates that he’s none of these things.

It’s like popping a pin in the balloon of any sexual attraction she may have felt.

Because deep down, she wants to feel like she was lucky that you chose her.

No, you need to be different.

You need to frame yourself as the prize who she needs to win over.

One simple way to do this is by implying she’s too young for you.

By making it seem like she’s too immature or inexperienced for your standards, it completely flips the script.

She’s used to guys trying to prove why they are good enough for her, thus giving her all the power.

But when you disqualify her for being too young, her ego will kick in and she’ll start trying to prove herself to you.

And once she begins chasing you like this, she’ll convince herself it must be because she likes you.

The more she convinces herself that she likes you, the more she’ll actually want you.

This is how you separate yourself from the herd and become her very first older man experience.

P.S. The size that matters …