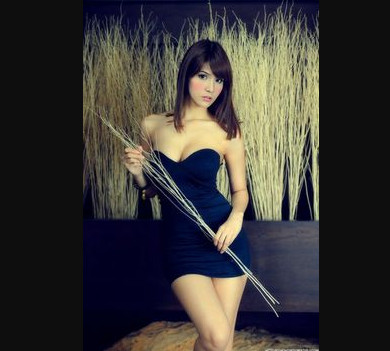 You might feel bad wanting to do something that you know doesn’t serve you well… like pursuing the ladies… instead of allowing them to pursue you. 🙂

In Rick Warren’s book, “The Purpose Driven Life,” there is this outline
about temptation.

If you’re feeling bad about being tempted to do something you’re not supposed to do like… reach out to her, get back into that bad relationship or simply pursue again, you are not alone.

The road to an extraordinary life is filled with roadblocks.

Many of you are afraid and ashamed by being tempted, feeling guilty that you aren’t BEYOND temptation.

Basically, you think that feeling tempted is a bad thing, that it shows weakness.

It’s actually an opportunity for you to grow.

Here’s what I mean:

Every time you choose to NOT do something, you are growing in character.

In fact, you will grow the MOST when you are tempted.

Think about it this way…

It takes no character to NOT pursue chicks who are pursuing YOU.

You can’t claim to be strong with chicks if you’ve never been tempted to be weak with them.

Integrity is built by defeating the temptation.

Every time you defeat it, you become more powerful.

“I need it now! It’ll be great and make me feel better.”

“Is it really wrong? Was it really meant for
another time, another type of guy or some other particular situation? Isn’t it good to be happy?”

What began as an idea morphs into behavior. You give in to whatever got your attention. You believe the lies your ego tells you and fall into the trap.

How do you defeat it?

– Refuse to be intimidated

Temptation is a sign that your ego is fighting for survival. You can’t keep your ego from suggesting thoughts, but you can choose not to dwell or act on them. Your ego will do anything to save itself.

– Recognize your pattern of temptation

There are going to be certain situations where you’re more vulnerable than others. It may be when you’re tired, lonely, bored, depressed or under stress.
It may be when you’ve been hurt or angry or worried, or even after a big success. Identify your particular pattern of temptation and prepare for these situations.

You need support in times of temptation, so reach out to friends or someone
like me.

Since it always begins with a thought, the quickest way to neutralize its allure is to turn your attention to something else.

Don’t fight the thought, just change the channel of your mind and get interested in another idea.

– Reveal your struggle to others

Join a support group or form your own.

– Believe… and resist your ego

Accept what I tell you as the truth.

If you are a believer, your ego can’t force you to do anything.

It can only suggest.

Don’t argue with it.

Instead say, “I’m on the right path.”

You can’t bluff your ego with logic or opinion either, but you CAN use the one weapon that it fears most…

You already have enough power within you to defeat any temptation that comes your way.

Temptation doesn’t exist outside of you.

The truth is that it always begins within you.

The battle is won or lost in your mind first.

Ok, so you might be reading this right now, and you’re probably wondering…

“What’s The Best Way For Me to REALLY Learn This Stuff?”

Success with women really comes down to learning a new way to think about women, then combining it with the actual techniques that cause women to feel that magical emotion called ATTRACTION.

If you’re ready for SUPER success with women, then I highly recommend that you go download my online ebook “Attract Hotter Women.“

It’s JAM PACKED with ideas that you can learn and use starting TONIGHT. You can go download it right now and be reading it within just a few minutes.

This material isn’t taught anywhere else.

It’s the best investment you can make in your dating life, period… end of story.

Bottom line: Go get your copy.

And I’ll talk to you again in a couple of days.

P.S. If you want more “come backs” to beat all of her tests, be sure to study the book:
http://nomoreshittests.com/